Thousands of people, including Party and State officials, pilgrims and Vietnamese expatriates, offered incense to commemorate Hung Kings – the nation’s founders – at a solemn ceremony in Phu Tho province on April 9. 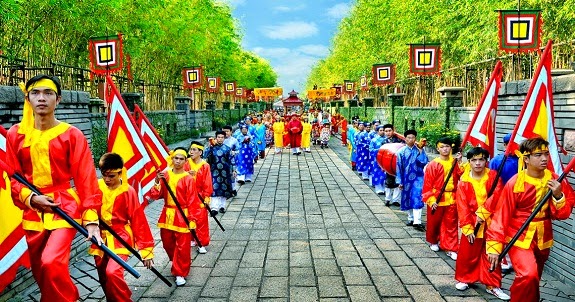 Every year tens of thousands of Vietnamese people from across the country converge on the Hung Kings Temple complex in Phu Tho province on the 10th day of the third lunar month to celebrate the death anniversary of Hung Kings. This year the ceremony falls on April 9.

In his speech, Chu Ngoc Anh, chairman of the Phu Tho provincial People’s Committee, reviewed the Vietnamese people’s glorious history of national construction and defence over the past 4,000 years, as well as the country’s tremendous achievements during the Doi Moi (Renewal) and international integration.

In a solemn atmosphere, delegates paid their respects to Hung Kings at major temples in the complex and prayed for peace, stability and prosperity in Viet Nam and elsewhere in the world.

In Viet Nam, Hung Kings’ death anniversary is observed annually to uphold the tradition of “When drinking water, remember the source,” paying a debt of gratitude to the founders of the nation.

Over the past thousands of years Vietnamese people have established the main Hung Kings Temples in Phu Tho province and many other places of worship in other localities across the country to worship the legendary Kings and their Generals.

Since Viet Nam gained national independence in 1945, the Party, State and people have invested in refurbishing the Hung Kings Temple complex in Phu Tho province into a common ancestral place of worship of the Vietnamese nation.

After the success of the resistance war against French colonialism, on September 19, 1954 President Ho Chi Minh visited the complex where he told soldiers before their march to take over Hanoi from the French that “Hung Kings built this nation, so you and I unite to defend it”.