Top 10 Things to Buy in a Vietnamese Market

Will Peach is one of the site editors over at Gap Daemon, the gap year travel website for backpackers and young travellers. You can also catch him writing about his latest adventures on his other blog My Spanish Adventure and on Twitter.

Having had the privilege of living and working in Vietnam for nearly two years, choosing a favourite thing about this Southeast Asian gem is tough. From buzzing bia hoi’s, to braving mad traffic, Vietnam provides a rush like no other. If I had to choose? It’s got to be the markets. It’s home to some of the worlds most bustling, cheapest and wackiest!

From Hanoi to Hoi An, right on down to Ho Chi Minh City, Vietnam’s diverse markets each offer a distinct experience. Step inside them and you’ll be amazed at some of the crazy, wondrous and exotic delights that await.

How best to drop a few dong? Take a look at these wallet-worthy goodies. 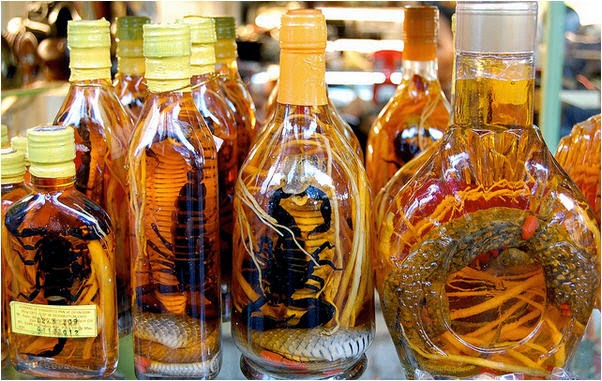 Snake Wine
Vietnam’s answer to “Budweiser” or “Carling” (not quite), snake wine is the sort of gift likely to send your grandmother into a coronary (great if you want her will money for extra travel!) There’s not much “wine” to it – the snake is infused in grain alcohol – but at least it’s novel to look at. Believed to increase virility by the Ancient Chinese, having a bottle of this on your bedside table is probably more likely to kill the mood rather than reinvigorate it.

Conical Hat
Yes it’s obvious but you know what? I love conical hats. Owning one and popping down to your local Wal-Mart or Tesco is always going to raise a few eyebrows. Get one from the markets in Vietnam’s old capital of Hue and you can even get a little poem inscribed inside. It’ll be in Vietnamese of course. “I wandered lonely as a cone” and all that. A dollar well spent.

War Souvenirs
Do you know Vietnam and America were once at war? Who’d of thunk that eh? Especially given the good ol’ US of A’s pacifistic record (note the sarcasm there). But jokes aside, as America has done their best to forget about that little blip on their record, Vietnam, on the other hand, has turned it into a fully blown tourism business. Just as well though because the Zippo lighters you can pick up, replete with platoon philosophy like “Though I Walk Through The Valley Shadow of Death I will fear no Evil For I’m the Evilest Son of a Bitch”, make sparking up a spliff back home look even cooler. 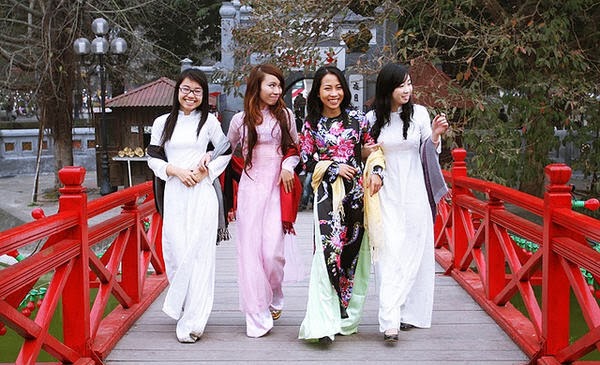 Ao Dai
What western girl wouldn’t want a tight-fitting little silk number to take home and wow the boys? The Ao Dai, Vietnam’s traditional national dress, isn’t just for girls though. Guys can pimp themselves up too with their own tidy tunic and pantaloon get-up. Pull this off in corporate America and I’ll personally come over there and high five you.

Iced Coffee
Who would have thought that drinking iced coffee out of a bag could be so good? Known as cafe da to the locals, it’s a beverage best savoured in Bin Thanh, Saigon’s huge indoor market in the centre of the city. Supping on one always had me buzzing for hours. The kids I was teaching at the time? Must have thought I was on crack.

Ho Chi Minh T-shirt
The image of lovable Uncle Ho, despite the fella being dead for well over 40 years, is everywhere in Vietnam. Enter into a market and you’ll notice swathes of T-shirts with the good man himself emblazoned across them. Ho goes really well in pink. Any hipster worth their Smiths vinyl will tell you that.

Pho
Whether you love or hate the staple beef noodle broth, there’s no better place to get pho than in the middle of a busy Vietnamese market. Head to Hanoi’s labyrinthine Dong Xuan for some of the best in the country. I’ve seen many a backpacker go mad for a dish of pho cuon (beef wound in long thin strips of rice vermicelli, with aromatic herbs and spicy fish sauce). 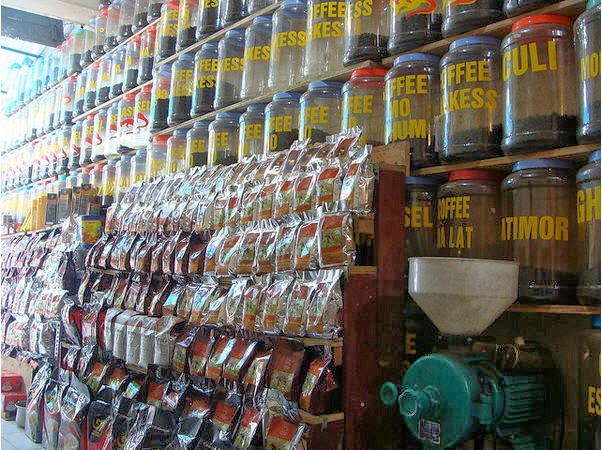 Chon
If I told you that chon is made by a group of weasels chucking up coffee beans you probably wouldn’t want some would you? But bring a bag home for mum and she’d never need to know until after the point she’d had a nice big warm cup of weasel puke. At less than a dollar for a month’s supply? You know it’s the right thing to do!

Pig Parts
From pig’s tails to trotter to even snouts, Vietnam’s markets are the place to go for piggy produce. A stern vegetarian myself I couldn’t quite stomach the sight yet I knew many a meat-eater who would go ga-ga over the chasing of a good bit of tail. Apparently the trotters go well in soup too. I’ll let you test that out for yourself.

Watercolour Painting
Everybody’s got a soft spot for a nice little mantelpiece watercolour. Picking up a painting of a pastoral scene of Vietnam’s stunning countryside is well worth doing. The artists here, the great copy masters that they are, do their own thing really well too.

So whether it’s gifts for your loved ones you’re after or just something nice to help spruce up your hostel or house back home, the madness of Vietnam’s markets has got you covered. What’s number one on your shopping list?
H